This place was situated in the pasture right above Råvika, and the foundation wall (Arntmuren) is still very visible.

It was a small place with no livestock, but with some potato and grain production. In addition to farm work (compulsory labour), they sustained themselves with shing. In 1801, Arnt and Brita lived here. They had one daughter and three sons, all three of whom were commissioned as border guards in Verdal in 1807-1814. The youngest was 18 years. The oldest, Jon, took over the place after 7 years as a border guard.

In 1865, new people came to the square, Arnt and Marta. They moved from Arntberget, which was under Rostad, but they originated from Horg. They had 3 children. The youngest, Theodor (b. 1845), was a sailor. In 1875, he and his wife also lived at Arntplassen with their two children.

The place was closed down around 1910 and the land was added to the farm. 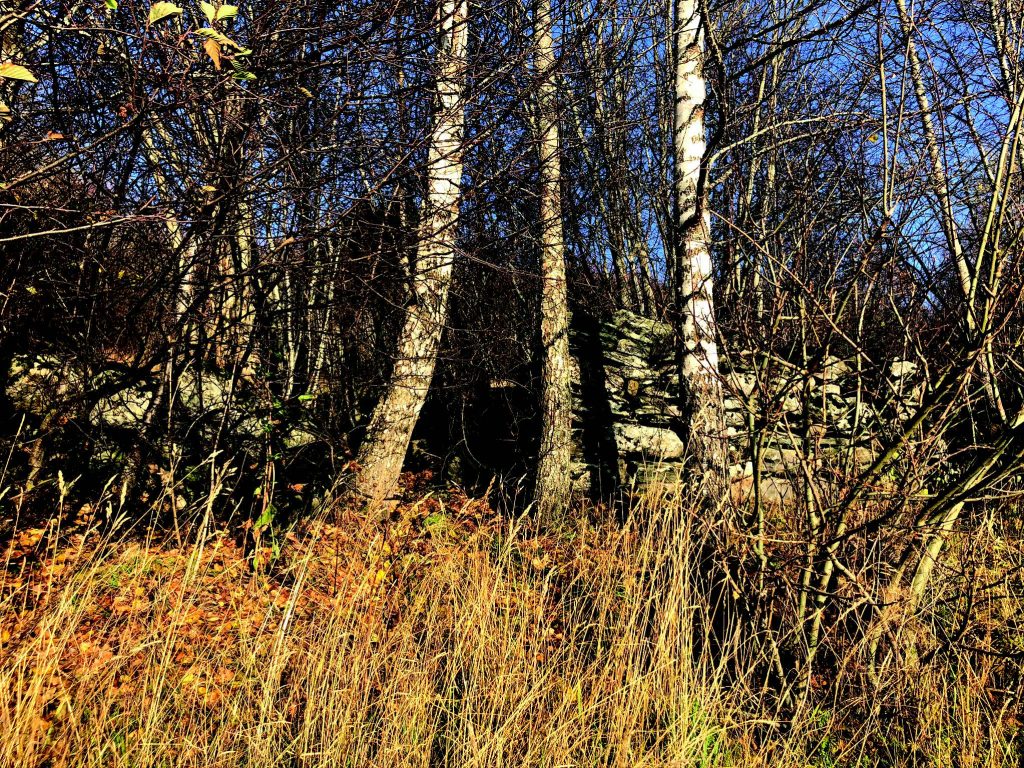