Photo by Nils E. Aunet taken in 1922. The farm Forr is mentioned in texts from the 1500s (1). Under this farm belonged 2 crofts of which one was situated by the seas at Labergståa. Kak-Hans (Bread-Hans), who lived there, made his living by selling baked goods which he bought in Mosvik.

Labergståa was a loadspace during the time firewood was transported with sloops to Trondheim. Ulvinaunet (2): This has always been an independent smallholding as the widow at «Upper-Ulvin» partitioned off the land to build Ulvinaunet. Trondhusaunet is was originally a croft under Tronhus and was in use probably as early as 1665 making it the oldest croft in the village. (3) Tronhusaunet was sold in 1833 as a smallholding. 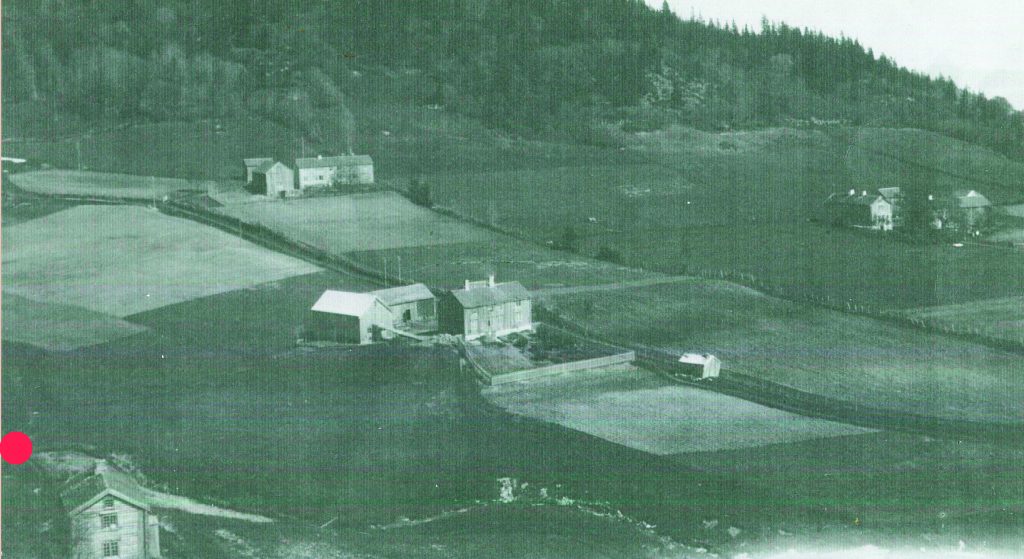 Næsbakkin was a croft under the farm Ness, is first mentioned in 1758. A small croft, however in 1865 (at the time run by Rasmus Jonson (b.816) and his wife Marta Larsdtr) it is mentioned that they had a cow, 5 sheep, a goat and a pig. They bought the croft in 1878, but sold is as a smallholding to Andreas Lorentsen (b. 1839) and Gurine Halvorsdtr.